"Bossa Nova has these infectious rhythms, this street energy," says Glass, “yet it was originally sung for a few friends in tiny Rio de Janeiro apartments. The melodies are as exacting and sophisticated as Debussy, yet they sound as easy and natural as humans whispering to one another." Praised for her "impeccable vocal command" (PopMatters) and compared to a gamut of singers from Astrud Gilberto to Billie Holliday, Glass's voice is ultimately "one of a kind...you cannot confuse her with another artist" (New York Theatre Guide).

Hatt's equally distinctive guitar work combines the harmonic innovations of jazz with the melodic resonance of folk, creating music that's "subtly poignant, elegantly funky, and haunting without trying to be" (Nels Cline, Wilco). Hatt grew up in the Chicago-land area, studied jazz guitar in the David Baker program at Indiana University, and has taken classes with Pat Metheny, Julian Lage, and Lee Retinour. "We live in a hyped up world," he says on MT-PBS, when asked about his understated style. "We’re over stimulated, measured out in sound bites and ringtones. It’s the information age and we’re swallowed up by this stuff. But is there any real communication going on, is there any intimacy? That’s kind of what we’re about."

Max Hatt / Edda Glass began in Montana, where Hatt had a jazz trio and Glass had a knack for singing Brazilian Portuguese. Glass sat in on songs like "Girl from Ipanema" and they soon became the state's only Bossa Nova band, honing their original material on the side. On long drives between Bossa Nova gigs, Glass wrote lyrics to Hatt's solo guitar compositions: "Max's compositions are so cinematic," she recalls, "and you look out the window and it's like the camera's panning for you, over these enormous landscapes, and you start expecting something to happen— a story to begin." This highway collaboration took them all the way to New York City at Lincoln Center for the Performing Arts, where the two unknowns won the 2014 Grand Prize of the International Mountain Stage / NewSong Competition. It was there that their songs of migrating geese, dispossessed tribes, and mysteries in the wheat fields captured the attention of their future producer, Pat Sansone. “I was mesmerized from the first moment I heard them," Sansone recalls. "They have the ability to create a deep sonic landscape with only voice and guitar, with songs that poses a mysterious and soulful magic." 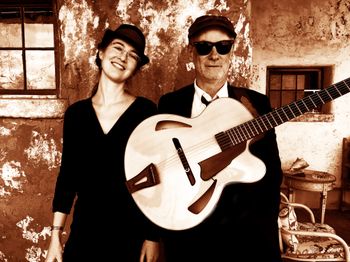 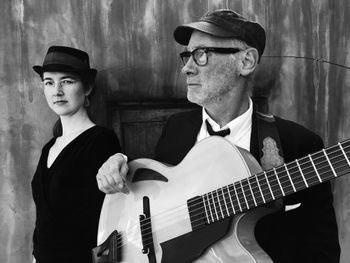 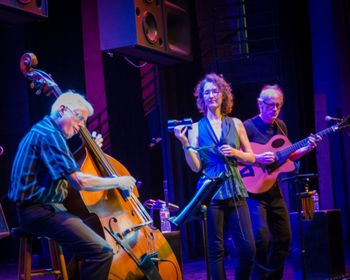 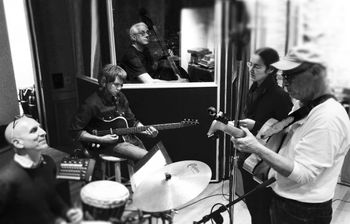 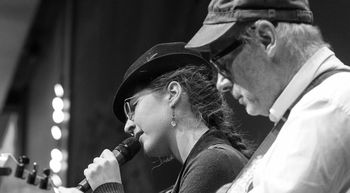 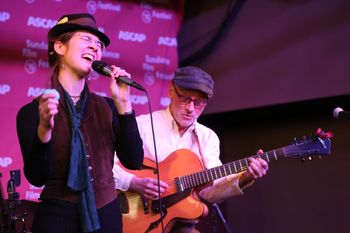 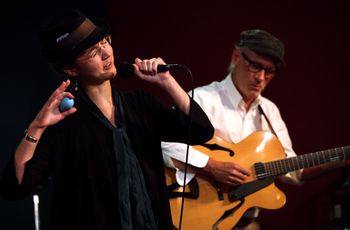 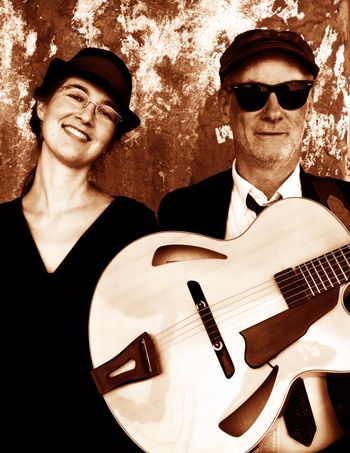 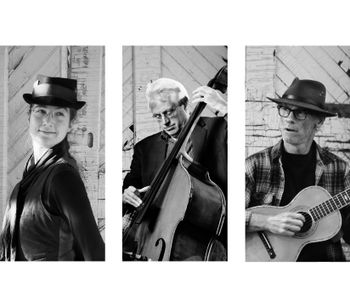 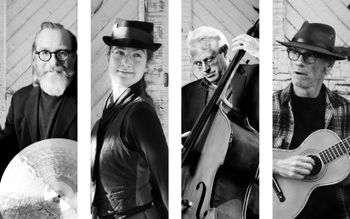 “…like hand-printed photographs that speak and sway, the material is hypnotic…"

“Edda Glass’s voice must be heard to be believed.”

“Brimming with soul, Ocean of Birds captures a moment in time and releases it in one lovely breath."

"Max Hatt and Edda Glass ... are constantly, bravely reinventing themselves... pioneering more deeply into original material, music that I can say without reservation will be substantive and important. [...] Many are the musicians who adhere more closely to the mainstream, aligning their original music with that which has a track record of being entertaining. Few are those who insist that original music is an art, avoid the commodity and immediate gratification that comes from creating that which has proven to be sellable. I am always inspired by visionary charismatics who possess both the courage and the perseverance to pursue their art against the odds, trusting that their labors are not in vain. Max Hatt and Edda Glass are unique voices and rare musicians."